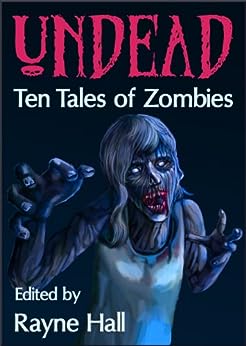 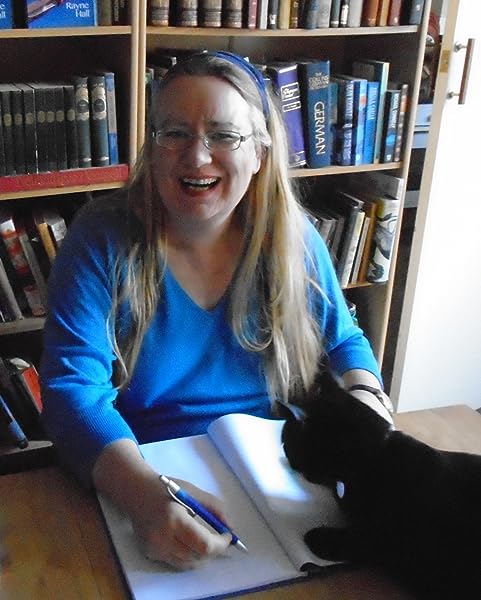 Cjs
4.0 de 5 estrellas Unread _ten tales of zombies
Revisado en el Reino Unido el 11 de febrero de 2013
Compra verificada
Not quite what I expected, haven taken a totally different slant
On the whole zombie spectrum
Not your normal zombie type of stories,as seen in the movies
More interesting and entertaining.
Definitely a good read, although some of the stories are on the short side.

Amazon Customer
2.0 de 5 estrellas Not my favourite
Revisado en Canadá el 27 de diciembre de 2013
Compra verificada
Not my favourite. The only story I liked was Feeding Frenzy which I had read in another book. Most of the other stories were merely depressing.
Leer más
Informar de un abuso
Traducir opinión al idioma Español

Allison H
4.0 de 5 estrellas 3 out of 4 rotting limbs
Reseñado en los Estados Unidos el 30 de noviembre de 2014
Compra verificada
Another horror anthology edited by Rayne Hall (whose previous anthologies include “Haunted: Ten tales of Ghosts”, “Bites: Ten Tales of Vampires”, and “Scared: Ten Tales of Horror”), Undead is a collection of zombie horror. It was a really quick read for me, which was nice. When I read horror novels, I personally am looking for something that is fluffy and different from what I’ve seen before. It takes a lot to make me jump, so I don’t hold it against an author if I don’t get frightened by a book. Instead, I look for creativity.

I would have to say that most of the stories in here were creative and didn’t follow the typical zombie horror timeline, like we see in the glut of zombie fiction lately. While there wasn’t a good “space zombie” story included, there were several stories that I would seek out in a larger edition if they were expanded upon. Not all the stories were exclusive to this anthology, but the previously published tales were published in small niche presses, so I was pleased that I didn’t read anything I had read before.

Highlights include “Immunity” by Jeff Strand – a brief story that gets right to the point and doesn’t languish on; “Greywalker” by Rayne Hall – with a desert setting of ancient times, the tale combines mysticism and human nature into a nice, zombie-fied ‘Gift of the Magi’ type story, and “Zombie Mother-in-Law” by Tara Maya, which invoked images of The Walking Dead, notably, ‘The Grove’. (Lizzie being batshit crazy, not Carol)

Two of the stories, “Decision of the Council” by John Hoddy and “I’ll Love Ya, Forever, But…” really fall into the Sci/Fi genre and aren’t really “Zombie” fiction, but still deal with aspects of reawakened dead, so they aren’t completely out of place in this anthology.

Like I said above, this anthology took me about an hour to devour, so it’s perfect to throw in your kindle library if you’re wanting something you can read while waiting at the doctor’s or on your lunch at work. It’s a nice collection and overall, I give it 3 out of 4 rotting limbs.
Leer más
A 2 personas les resultó útil
Informar de un abuso
Traducir opinión al idioma Español

Each story is completely different from the next in Undead: Ten Tales of Zombies. Ten fantastic authors come together to share their visions of the undead, each with their own unique writing style and techniques.

The First Story is : IMMUNITY by Jeff Strand - Was unpredictable and has an eerie atmosphere to it. This story is based around the idea that the body's immune system can shake off the Zombie Infection.

The Second Story is : GREYWALKER by Rayne Hall - This one is very mysterious and exciting all-in-one! This Zombie tale tells us of a Man wishing to see his once-wife. But in order to do so, he must become a Greywalker! Hall paints a vivid picture of the characters and their surroundings, adding that little bit of extra spookiness to it.

The Third Story is : LAST CHANCE TO SEE by Tracie McBride - With a hint of dark humor this story is creepy! After waking up from what Sharon thought was a car accident only to find she has been reincarnated at a reincarnation facility. She's given 24 hours to "live" to say her good-byes and tie up a few loose ends.

The Fourth Story is : FURZBY HOLT by Jonathan Broughton - Is about a census taker in an English Village who finds out that the Village is inhabited with Zombies! I found this story to be quirky with a side of eeriness!

The Fifth Story is : ANOTHER OLDIE BUT A GOODIE by Paul D.Dail - In this story Margaret can hear music that no one else seems to hear. With an unpredictable and eerie story line, your sure to enjoy this short story.

The Sixth Story is : ZOMBIE MOTHER-IN-LAW by Tara Maya - This story is very quirky with interesting characters. Find out what happens when Mama gets out of the basement!

The Seventh Story is : I'LL LOVE YA, FOREVER, BUT... by April Grey - He wasn't buried more than 3 days when he showed up at the back door - Faithful to a Fault, that's my Fred. This is another quirky story with some with a humor along for the ride.

The Eighth Story is : DECISION OF THE COUNCIL by John Hoddy - The year is 2225. Is it safe to reanimate a person from the barbarous past? This is a very clever story with an eerie plot.

The Ninth Story is : THE REASON FOR ZOMBIES by Douglas Kolacki - This story has a very eerie story line to it. The author creates a creepy atmosphere with his unique writing techniques.

The Tenth and finally story to this book is : FEEDING FRENZY by Matt Hults - These Zombies are Hungry!!! Delightfully creepy with a quirky side to it.