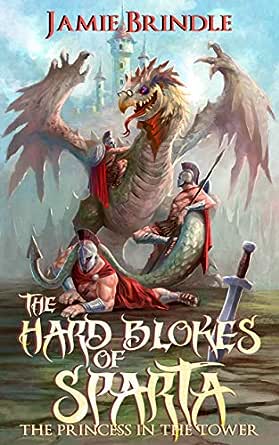 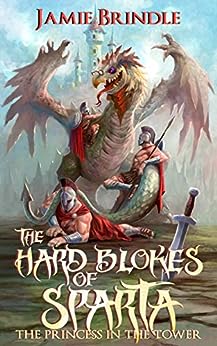 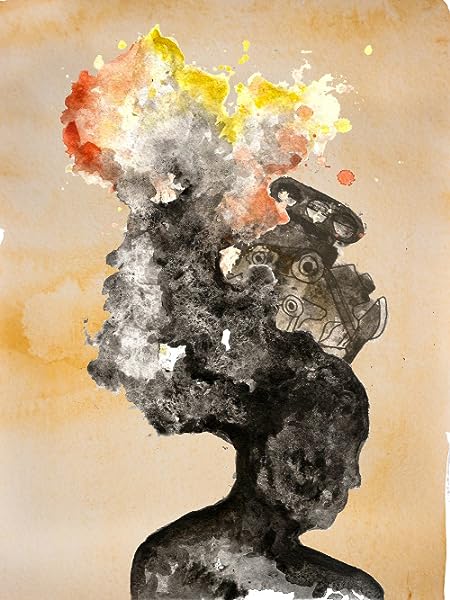 Steph Warren
5.0 de 5 estrellas A humorous fantasy adventure that turns the tropes upside down
Revisado en el Reino Unido el 23 de agosto de 2020
Compra verificada
*I received a free copy of this book via Voracious Readers Only and Story Origin, with thanks to the author. The decision to review and my opinions are my own.*

This novella is the first in what I hope will be a long-running series.

Set in a fantasy world where figures – and monsters – of myth and legend mingle with people from various times and places in history, the story follows Dave and his friends as they attempt to navigate a world in which their skills are obsolete. As Spartan warriors, Dave and the boys were fearsome and respected. Now, on Level 31, they live in a hovel in the slums and struggle to scrape up even the most pitiful mercenary job to pay their debts.

That is until Prince Ahmed offers them a large wad of cash to rescue a beautiful princess trapped in a monster-guarded tower. Unfortunately the rescue may be trickier than they anticipated, forcing the Hard Blokes to resort to tactics they haven’t ever used before like sorcery, and magic, and using their brains. Equally unfortunately, all might not be quite what it first appears.

The Princess in the Tower is a fun introduction to the Level 31 set up and characters, and a humorous fantasy adventure that turns the tropes upside down is right up my street. I love Dave as a main character, and his development arc of having to step outside his comfort zone in order to navigate this new world really hooked me in.

My only quibble here at all was that I wanted more! I actually huffed loudly when the story ended because I needed to know what would come next. Luckily for me, The Hard Blokes of Sparta: The Daemon in the Basement is already out, so I don’t have to wait too long to find out!

The Hard Blokes of Sparta didn’t live in Sparta, despite their name. This was because Sparta didn’t exist anymore, at least not on their level of reality. But names were important. That was what Dave thought, and he was the leader of the Hard Blokes. So, they kept the name even though they lived in a cramped, run-down bedsit in The Squibs, which was the cheapest district the city had to offer.

– Jamie Brindle, The Hard Blokes of Sparta: The Princess in the Tower

Weed
5.0 de 5 estrellas eagerly awaiting the next in the series
Revisado en el Reino Unido el 10 de octubre de 2019
Compra verificada
There are good book, there are great books, there are important books, and there are useful books. And there are those books which you pick up and start reading, and just can't put down again. Jamie Brindle has once again written a novella which does just that. There are the usual dragons (well just the one dragon, who isn't really a dragon), and trolls (two of those, neither apparently destined for greatness), a wizard (but not as we know them) , and of course a hero (Dave, who else?), and an exceptionally graceful princess to be rescued. Recommended!
Leer más
A una persona le resultó útil
Informar de un abuso
Traducir opinión al idioma Español