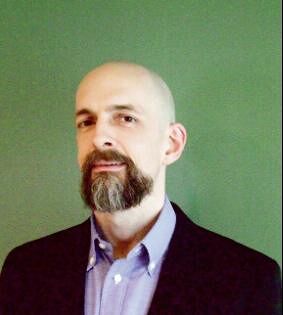 With this extraordinary first volume in what promises to be an epoch-making masterpiece, Neal Stephenson hacks into the secret histories of nations and the private obsessions of men, decrypting with dazzling virtuosity the forces that shaped this century.

In 1942, Lawrence Pritchard Waterhouse--mathematical genius and young Captain in the U.S. Navy--is assigned to detachment 2702. It is an outfit so secret that only a handful of people know it exists, and some of those people have names like Churchill and Roosevelt. The mission of Waterhouse and Detachment 2702--commanded by Marine Raider Bobby Shaftoe-is to keep the Nazis ignorant of the fact that Allied Intelligence has cracked the enemy's fabled Enigma code. It is a game, a cryptographic chess match between Waterhouse and his German counterpart, translated into action by the gung-ho Shaftoe and his forces.

Fast-forward to the present, where Waterhouse's crypto-hacker grandson, Randy, is attempting to create a "data haven" in Southeast Asia--a place where encrypted data can be stored and exchanged free of repression and scrutiny. As governments and multinationals attack the endeavor, Randy joins forces with Shaftoe's tough-as-nails granddaughter, Amy, to secretly salvage a sunken Nazi submarine that holds the key to keeping the dream of a data haven afloat. But soon their scheme brings to light a massive conspiracy with its roots in Detachment 2702 linked to an unbreakable Nazi code called Arethusa. And it will represent the path to unimaginable riches and a future of personal and digital liberty...or to universal totalitarianism reborn.

A breathtaking tour de force, and Neal Stephenson's most accomplished and affecting work to date, Cryptonomicon is profound and prophetic, hypnotic and hyper-driven, as it leaps forward and back between World War II and the World Wide Web, hinting all the while at a dark day-after-tomorrow. It is a work of great art, thought and creative daring; the product of a truly iconoclastic imagination working with white-hot intensity.

Neal Stephenson is the bestselling author of the novels Reamde, Anathem, The System of the World, The Confusion, Quicksilver, Cryptonomicon, The Diamond Age, Snow Crash, and Zodiac, and the groundbreaking nonfiction work In the Beginning . . . Was the Command Line. He lives in Seattle, Washington.

Marcus
3.0 de 5 estrellas The sort of ripping yarn where the nerd always gets the girl
Revisado en el Reino Unido el 6 de abril de 2018
Compra verificada
As books in this genre go, it is pretty well written, with genuine wit, and some creative imagery. The plot rattles along in an unputdownable way, and I like the peppering of well-presented elementary cryptography.

The style reminds me of those old H. Rider Haggard books like She: an adolescent wet dream with no real characters, but at least you know who the goodies and baddies are. You can see why male computer nerds like this sort of book, where all the beautiful girls end up going out with nerds.

Some other reviewers have compared Cryptonomicon to Thomas Pynchon's books such as Gravity's Rainbow, Against The Day, or V. These share with Cryptonomicon a love of Mathematics and sometimes far-fetched engineering. They also share graphic descriptions of sex.

However, Pynchon is a great novelist, and Stephenson is a competent one. What is the difference?

Partly it is down to the care taken over the authorship. Cryptonomicon has holes in its plot that undermine its credibility: why does Andrew Loeb act the way he does? what is the point of Wing? The name Ferdinand is spelt in Japanese differently every time it is written, and I do not think we can blame the Kindle version for that, though there are plenty of examples of Kindle'ese here, such as 'burnwad'.

Partly it is down to the two-dimensionality of the characters, especially the female ones. I cannot see this book appealing to feminists, or women at all really. It is very hard to see why any of the female characters are attracted to the male ones.

But the great thing about Pynchon is that his books are about something. Not just the plot, but the shape of the plot, the subplots, the nature of the characters, the descriptive passages, even the title -- all resound to the same theme. Cryptonomicon in contrast reads like a collection of different ideas, loosely stapled together.

To summarise, I enjoyed reading the book, kept turning the pages, and especially enjoyed the Appendix. Maybe I'd have been more generous with the stars had the book not been so eclipsed by Thomas Pynchon.

Peter Ceresole
3.0 de 5 estrellas Not terribly good
Revisado en el Reino Unido el 24 de julio de 2015
Compra verificada
I was expecting a lot from this book, having read and been impressed by Stephenson' stuff in the past. Sadly, it didn't work out for me. I suppose that someone who is clearly enormously captivated by cryptology has a taste for detail and minute detail. But in this novel, more information is simply more information, and it accumulates into an unreadable mass. His meticulous detailing of the view of Manila, or Bataan, or the Pearl River anchorage, or of the detail of being burnt or suffocated to death, simply overwhelms the (presumably intended) account of the individual involved, and obscures the train of thought that (presumably) is meant to wind through the novel. It's fine to encounter "Huff Duff" tracking, but I got more enjoyment from the Wikipedia article about it, because it was more direct and it wasn't holding up the element in the story that was why I was reading it in the first place. And when *eventually* we did get to a conclusion, it was kind of "is that all"? In other words it's too long and too full of detail you don 't necessarily want to know at that time and place. And the characters aren't interesting enough to make you care about them.
There are some moments of odd interest, those where excessive detailed description is interspersed with weird phantasy in the mind of a cryptological genius, but then it was muddled up in so many threads that I failed to connect it all as I properly should.
Leer más
A 10 personas les resultó útil
Informar de un abuso
Traducir opinión al idioma Español

Don Rogers
4.0 de 5 estrellas Fun and a bit mind stretching
Revisado en el Reino Unido el 28 de octubre de 2020
Compra verificada
I first read this when it came out (late 90's) and enjoyed it a lot, and also learned some interesting stuff about cryptography, so I was looking forward to reading it again 20 years on. Interestingly it has not dated as much as I had anticipated, mostly because much of the most interesting stuff is set in the second world war. This time round I rather enjoyed as well the romance set in the present day. There are lots of bits that are light and sometimes quite funny, as well as some pretty gruelling treatments of events during the war. However (like most of Stephenson's work) it is very long, and could have done with some heavy editing - sometimes it's quite tempting just to give up on the whole thing. Overall though I'd say give it a go, though I think I still prefer Snow Crash, by the same author
Leer más
Informar de un abuso
Traducir opinión al idioma Español

At times I found some of the illustrative detours to be unhelpful, and could have been edited out (or down into a paragraph), and I also got lost in some of the code elements (which I am still not convinced were needed to be there in such detail), but overall this is a well-paced thriller on a fascinating concept with enough twists and turns to keep you intrigued and the pages turning.