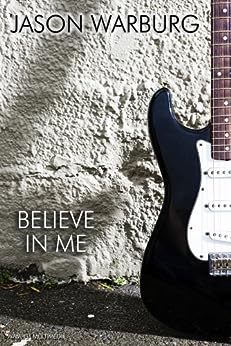 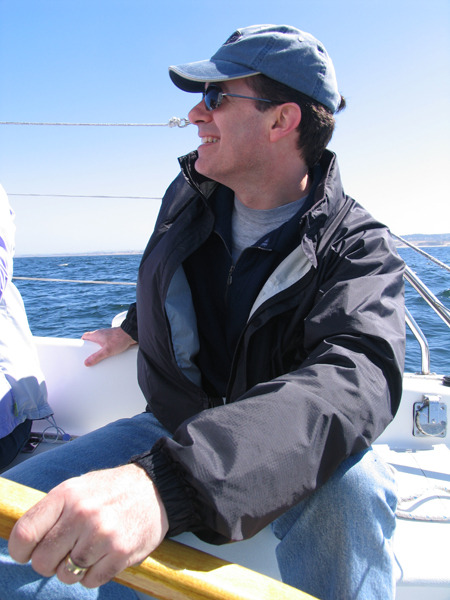 Music has played a central role in Jason Warburg's life since he sat in his older brothers' bedroom at age three listening to them play A Hard Day's Night over and over again. A recovering political junkie, in his thirties he moved into the non-profit world, while enjoying a parallel career as a music writer. The latter includes 15 years with independent music review site The Daily Vault (www.dailyvault.com), where he has served as editor since 2003. He is the author of more than 600 album reviews, interviews and feature stories, in addition to dozens of op-ed pieces and speeches. Jason describes his debut novel Believe in Me as a story not just centered around but "infused with" music, a journey across America populated by musical figures both real and imagined, whose outcome ultimately hinges on the healing power of rock and roll. --Este texto se refiere a la edición paperback.

Amazon Customer
4.0 de 5 estrellas Can Good People Disagree?
Reseñado en los Estados Unidos el 16 de abril de 2016
Compra verificada
Let me begin by saying that this book is well written and follows a clear, logical plot progression. The introduction contains a hook that naturally draws the reader to the end, though not without some twists along the way. I was pleasantly reminded, especially in the opening chapters, of a book by Dick Clark, called _Murder on Tour_. This book had that same backstage insider sort of voice, with the same knowledge of and respect for popular music and popular culture. In all, an excellent book, which you should purchase and read.

In particular, Warburg accurately describes the political landscape of California, shattering the myth that we are a monolith of thought and action.

With that said, I would take the author to task on a couple of points. As one example, can good people disagree? The principal character is a Giants fan, and rightly so; Santa Rosa is solid Giants Territory. The Giants' principal rivals, however, the Dodgers, are referred to with a contempt approaching absolute hatred, and the protagonist declares his love for a San Mateo woman based in part on her blurted declaration of similar contempt. Can good people disagree? Could a character in this story -- Jordan Lee, perhaps -- still be considered a good person, if he had that one serious hamartis of being a Dodger fan?

Spoilers, folks; read with care. I ask that to ask this: Warburg gives us, in the opening chapter, a character who is a despicable human being, and who is a candidate for public office representing A Certain Political Party. In this, he has created a subtle, nuanced, and realistic character. He then gives us a character who is as near moral perfection as this present world allows. Alright, perhaps we see this second character through the rose-colored contact lenses of Tim Green, but we nonetheless have a moral superman among us.

But then we are offered the character against whom the despicable candidate is running. This character, representing That Other Political Party, is not subtle, is not nuanced, and is not realistic. She is a cardboard cut-out and a paper tiger, held up solely to be the greater of two evils, so that it becomes not merely plausible, but even moral -- given a certain set of moral rules -- that the Morally Perfect character would chose to endorse the Despicable Candidate to prevent the election of the Other Candidate. Good people, you see, cannot disagree; at least not in the eyes of Tim Green.

Anyone who does not hold the same views, or who cannot be extorted into supporting those views, is not merely wrong, but evil. Compromise all of your principles, therefore, because otherwise, well, evil will result. That is the message that seems to lurk beneath the surface.

There also seems to be the question of whether all public figures, by virtue of their fame, have the duty to teach the ignorant masses; Tim Green seems to feel that they do, once he learns the story of Maya. Neglected here, in this meme, is the question of whether a public figure necessarily knows more than the masses of fans who seek him or her. One is reminded of Tolstoy, who, in _My Confession_, remarks on his own arrogant and foolish attempts to teach the masses, even though, as he later confesses, he was then ignorant of anything worthy of being taught. One must also recall Socrates, who, in Plato's _Apologia_, searches for a person wiser than himself, and who finds that even the poets who write great wisdom do not understand the source of their words.

These, of course, are philosophical points; In terms of a narrative, this is an excellent one, and it is well worth reading. I can say without fear of contradiction that readers who buy this book will not be disappointed.

Leslie N. Patino
5.0 de 5 estrellas Nothing in life or novels is simple
Reseñado en los Estados Unidos el 25 de octubre de 2015
Compra verificada
Tim Green is 27, professionally and financially successful, and in the midst of an existential crisis when he happens to land in a plane seat across the aisle from super rock star Jordan Lee. Shortly thereafter, Tim goes to work for the totally together mega star and eventually finds some answers.

But, of course, nothing in novels or in life is that simple. Author Jason Warburg and his protagonist pull readers into the story from the first pages. Soon, we’re thick into the stories of Tim, Jordan and Stormseye, the wildly successful rock band that Jordan fronts. Warburg accomplishes this with 1) a protagonist who’s funny, appealing and all too human, 2) strong writing and, 3) an interesting storyline. I could see the direction the plot was headed but not the way it turned out.

DelPico
5.0 de 5 estrellas Rich characters
Reseñado en los Estados Unidos el 4 de noviembre de 2012
Compra verificada
Great insight into the rock and roll lifestyle. Engrossing - it's been a while since I found a book hard to put down. Although the flashbacks could be a little disorienting and I wish we could have spent more time with Jordan and Maya, I still found this book satisfying. The characters, especially those of Frank Cassini and Jordan, had such a detailed history, it was hard to believe they were fictional! Lots of promise for this author and I look forward to reading more from him.
Leer más
Informar de un abuso
Traducir opinión al idioma Español
Ver todas las opiniones
click to open popover
Inicio de página
Conócenos
Gana dinero con nosotros
Podemos ayudarte
Métodos de pago
Y también:
© 1996-2021, Amazon.com, Inc. o afiliados. Todos los derechos reservados.