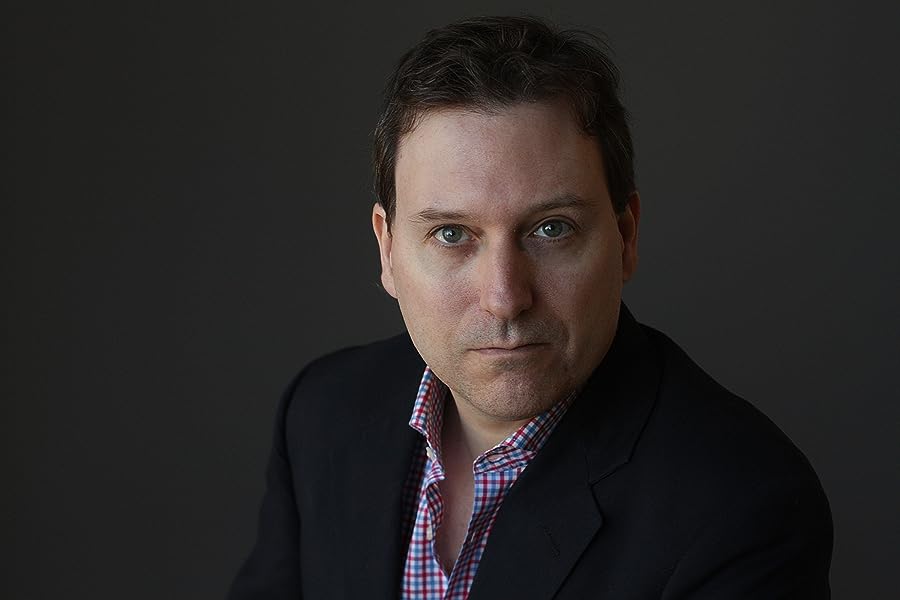 Carlos Jimenez
5.0 de 5 estrellas BAD BLOOD
Revisado en México el 6 de enero de 2019
Compra verificada
This book is a great guide to know more about one of the most famous frauds in tech healtcare of this century. My total recommendation for it.

Natalia Rice
5.0 de 5 estrellas The best read of the season; the author deserves an award.
Revisado en el Reino Unido el 2 de julio de 2018
Compra verificada
Drop everything you're doing and start reading it. It's an utterly engaging mix of genres - investigative journalism, psychology (at times psychiatry), organisational behaviour, business & science reporting, and a story of worst and best of the humankind. I've cancelled meetings and events, delayed going to bed just to keep reading this book - the story is almost surreal, and it's hard to believe it really happened, and yet it did.
I'd like to compliment the author. The depth of the investigation is extraordinary; but most importantly, the narration is done in this perfect documentary style when even the most chilling events are described with high precision but without falling into emotional judgement.

I also would like to say a big thank you to all the sources and contributors who made this book possible. You're very brave people; I applaud your courage and ethics.
Leer más
A 91 personas les resultó útil
Informar de un abuso
Traducir opinión al idioma Español

This story is fascinating, having worked in the software and technology industry for many year, this book rings true, its always shocking to see how unwilling people are to ask the hard question and speak up, even when its clear something is clear wrong within a company.

Denise
5.0 de 5 estrellas The author deserves a gazillion awards
Revisado en el Reino Unido el 8 de agosto de 2018
Compra verificada
At a time when trust in media is at an all time low in the US, this book reminds us why investigative journalism is still needed to help ordinary people cut through the bullsh*t and see things for what they actually are. This book, which is not only well written and gripping from chapter to chapter, does a brilliant job of showing rather than telling. It is a must-read for anyone who wants to avoid being bewitched by shiny things and big promises. What a great read. Now that I'm done, everything else seems to pale in comparison!
Leer más
A 20 personas les resultó útil
Informar de un abuso
Traducir opinión al idioma Español

David
5.0 de 5 estrellas If something sounds too good to be true it probably is.
Revisado en el Reino Unido el 3 de abril de 2019
Compra verificada
I missed this book when it launched, but Alex Gibney's excellent 2019 HBO doucmentry 'The Inventor: Out for blood in Silicon Valley' prompted my purchase.
Carryrou's book covers three and a half years of investigation into Theranos, its founder Elizabeth Holmes and her meteoric rise and spectacular fall in the obsessive pursuit of a dream. Its a fascinating read and Carryrou uses his research to tell the story from the beginning. The story of his investigations as a Wall Street Journal reporter follows the cronological order of events and is documented towards the end of the book.

Essentially, Elizabeth Holmes developed a start-up in Silicon Valley where she attempted to develop a device which could provide multiple blood test analyses for a range of conditions and diseases in a box not much larger that a large bread-bin. For the user only a small pinprick of blood was required to complete all these tests.
This would be a game changer. Some day, every home could have one and for a small charge could carry out blood tests and have them analysed almost immediately, providing early warning of developing conditions. What's not to like? Nothing it seemed.
What makes this book so fascinating, as well as the central characters and story, are the themes it explores such as:

Greed and denial
The historty of Silicon Valley start-ups is one where investors always try and get in at the beginning of potentially novel ideas and make a killing. Think Google, Facebook and Uber. Two things drive this. The idea and the confidence/ expertise/drive of those taking it forward. In the case of Theranos Elizabeth Holmes force of personality outweighed any doubts about the concept or the execution. However at the time she started Theranos, she was 19 and a Stanford dropout with no experience in blood testing whatsoever, beyond a grand idea and good connections.
Holmes exerted an almost Svengali like hold of the people in her orbit. This is partly to do with her physical appearance. Tall; striking blue unblinking eyes; dessed in black turtle necks (a la Steve Jobs) and speaking in a baritone voice. Supremely confident in both her idea and herself she managed to persuade and recruit a Board of former ex- Government Cabinet members; a 4 star General (Jim Mattis of Trump fame) and big name investors, who blinded by either the promise of the idea or the money to be made from it, were sufficiently incurous as to seek the detail of how this invention actually worked. People and organisations such as Walgreens were happy to put hundreds of millions of dollars investment into Theranos without demanding independent expert due diligence of the product.
At the time of Theranos's demise it was valued as a private company at $9bn, with Holmes's share of that valuation at $4.5. Up to that point no investor in Theranos had seen the inner working of the product or questioned the fabulous claims made for it. Neither had any member of her company Board.

Secrecy and lies
Holmes and her senior executive partner were secretive to the point of paranoia over their idea. Two reasons for this. First they were genuinely concerned about their ideas being stolen, but as time went on and they could not get their invention to work the secrecy hid a raft of corner cutting, false promises and outright lies as to how the equipment was performing. Only those in Theranos working on the project could see how far from the truth the claimes Holmes made for the product and its readiness to market actually were. Some turned a blind eye while those with professional or ethical concerns were either fired or left, all under rigourous confidentiality clauses.
This secrecy coupled with an agressive management style also stifiled the creative initiative of the Theranos team. Knowledge was power and developers were deliberately siloed to ensure they only worked on their own area so the ability to share thinking across the firm was severly limited.

Weaponising the law
What I found perhaps most shocking of all is the way the agressive use of the threat of litigation is used to force compliance, especially against those who cannot financially afford to fight their corner. The lawyers who command the most fees are the legal pit bulls of the industry. Holmes spares no expense in protecting her secrets and covering her lies with the determined use of agressive legal firms and the threats of legal action to force whistleblowers to keep silent. This extends to Carryrou as well. Of the $900m raised by Holmes in her third funding round, $300m went on lawyers fees!

Regulatory incuriousity
The FDA and other regulators seemed broadly incurious about the claims for this machine and remained so until things started to go badly wrong when what was essentially an idea at prototype stage went live to the public. The degree to which private companies can avoid such scrutiny is alarming.

The debate is still ongoing as to whether Holmes deliberately misled or had sociopathic tendencies. The story is not over. She is now charged with alleged Federal and SEC crimes which carry up to 20 years in prison.

I highly recommend this book, which I think will become a textbook on leadership, governance failure and greed.I also recommend Gibney's HBO documentary which brings to life the people and events in the book, not least Elizabeth Holmes herself. It also adds visual detail on the development of the blood testing device in the way Carryrou's book can not.